Everybody loves Dax Shepard and Kristen Bell. From the sweet stories they share about each other on late night talk shows to their candidness about parenthood, they are one of our favorite celebrity couples. It doesn't surprise us that Dax would literally do anything to help Kristen out, but the story she told on her new web-series Momsplaining is truly something else.

On the latest episode of Momsplaining, Kristen was joined by Scandal star and fellow mom Katie Lowes. The two were chatting about the trials and tribulations of breastfeeding when Kristen revealed she has suffered from mastitis three times. For those who don't know, Mayo Clinic defines mastitis as a "painful infection of breast tissue, which can be caused by a blocked milk duct or bacteria entering the breast." Yikes!

She went on to talk about the most recent time she suffered from mastitis, which was when she was in Atlanta with Dax after their daughter Delta had stopped nursing. When Kristen realized she had a blocked milk duct, she knew Dax was going to have to step up and help her out in an unconventional way.

The couple wasn't able to call a doctor at the time, which meant Dax had to literally nurse from Kristen's breast to help ease her pain. Without too much hesitation, Dax did the damn thing and nursed his wife. You know, as all good husbands would do.

"I said to my husband, 'I really need you to suck this out. We could talk about it, we could be weird about it, or you could just go ahead and nurse," Kristen said. "He pulled it out. He had a cup next to him. He was pulling out and spitting into this cup, and I've never been more in love in my life."

It's not what first comes to mind when we think "romance" and "couple goals," but these two are always surprising us. That's some serious love and devotion right there. Katie's reaction pretty much says it all. 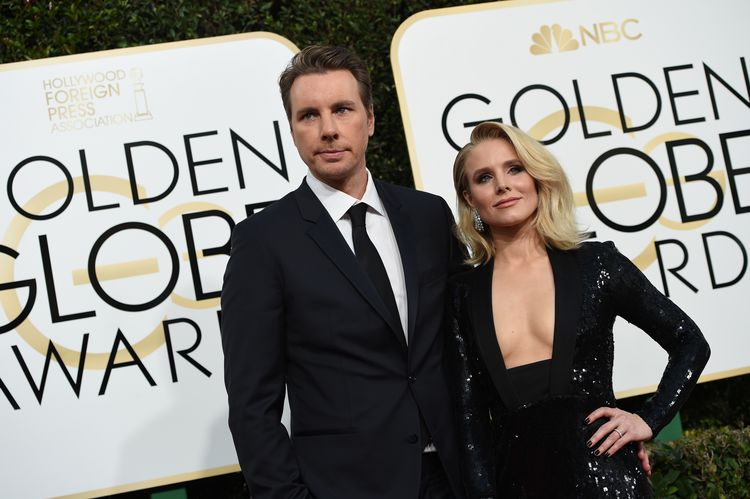