Chrissy Teigen Casually Revealed The Gender Of Baby No. 2 On Instagram

Chrissy Teigen and John Legend are having a baby boy, as per the socialite's new Instagram post, which was shared during Sunday's 60th annual Grammy Awards and it's sort of surprising to see just how casual the announcement was.

"Mama and her baby boy," Teigen captioned a glamorous shot of her on the red carpet, holding her baby bump in a glittering silver dress. Scroll on below to see the social media announcement. This marks baby No. 2 for the Lip Sync Battle host and Legend after their 1-year-old daughter Luna. During Clive Davis' pre-Grammy gala, Teigen opened up about what she hopes her future son is like in an interview with Entertainment Tonight. "I hope baby two is like John a lot," the model told ET's Keltie Knight on the red carpet on Saturday (January 27). "Baby Luna's more like me...and I realized I can be difficult."

Still, Legend isn't bothered by the fact that there are two Chrissys in the house. "I'm very much in love with my wife and my daughter so if the next baby has any of their characteristics I'll be very happy," he added.

Legend appeared at the 60th annual ceremony to present the Best Rap/Sung Performance award alongside Tony Bennett to Kendrick Lamar, and their impromptu a capella rendition of "New York, New York" was the cherry on top of a special evening at the Big Apple's Madison Square Garden venue. If you missed out on all the action, iHeartRadio has a full list of highlights from Music's Biggest Night.

mama and her baby boy 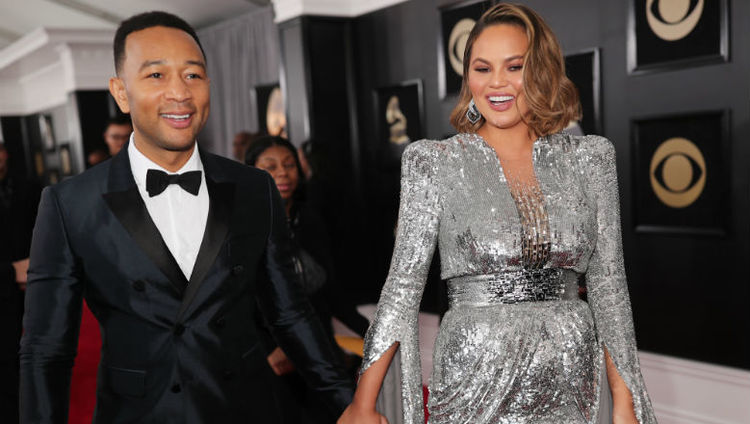