Taylor Swift Is A Naked Robot In '…Ready for It?' Music Video Teasers

...Ready For It? Official Music Video out Thursday night. #ReadyForItMusicVideo

... Ready For It? As in Taylor Swift's official music video for her song "...Ready For It?" Because the visual is dropping on Thursday night, October 26th, and from the looks of things, Swifties will need to prepare themselves.

Taylor has teased the music video on her Instagram, which shows the superstar in a dark, futuristic world where she turns into a naked robot of sorts.

Over the course of three short clips of the music video, we see T-Swift as the nude cyborg, in a black hooded cloak, a lot of lightening and smoke, and what appears to be an evil robot. One thing is for sure -- this will be just as cinematic has her last music video and her "Bad Blood" visual.

Taylor dropped "...Ready For It" back in September, first teasing the song during Sunday Night Football. The track followed Tay's lead Reputation single "Look What You Made Me Do," and last week, Swift shared a third song from the record called "Gorgeous." Reputation will be released on November 10th.

IT ALREADY LOOKS LIKE ITS GONNA SLAY. ITS FIRE YOU CAN FEEL IT @taylorswift13 #ReadyForItMusicVideo

#ReadyForItMusicVideo IS COMING FOR WIGS YALL

FUCJFBEFSHEJ AM I READY FOR IT??? AM I?? I DONT THINK SO.? OR MAYBE I AM. NOBODY KNOWS. #ReadyForItMusicVideo pic.twitter.com/VTZqc3NEND

#readyforitmusicvideo is the bad blood mv on steroids 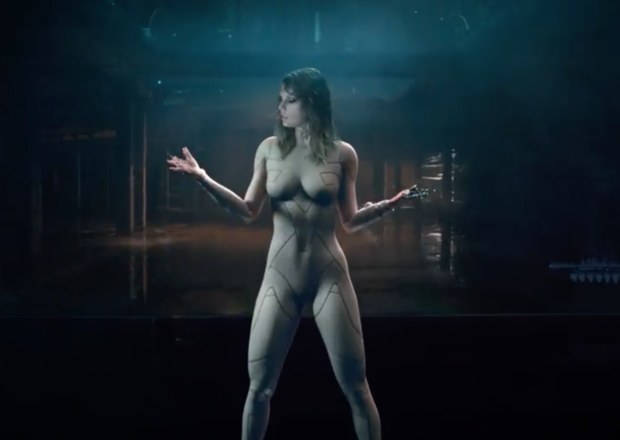