It's been over a decade since the release of the original 2006 film, but the Step Up franchise is going strong. Now, the dance enterprise is hitting YouTube Red with the release of Step Up: High Water, and in honor of the new side project, the film's original star, Jenna Dewan, has released her dance audition tape, which saw her and Channing Tatum caught in some early off-screen chemistry.

Before we get into the dancing, current day Dawan introduces viewers to the old school footage, which was shot back in 2005. "It's really funny, really cute, and also embarrassing and crazy, but of course I want to share it with all of you," she says in the video, before showing the clip. "It's very sentimental and amazing for me to watch." As you probably guessed, the footage does indeed show just how natural their dynamic was from the beginning, with the inclusion of some sensual body language to match and almost too much nervous giggling from Dewan.

Dewan has previously admitted that the two, who married in 2009 and welcomed their first child, Everly, in 2013, didn't get together until much later in production after Channing went out partying with other Step Up co-stars. "So he comes down to my hotel room at two in the morning and he's banging on the door, and I'm like, 'What is going on?'" Dewan told Ellen DeGeneres of their first hook-up. "And I go and I open the door and he's [in] underwear, a sombrero and UGG boots, and he's like, 'Let's do this."

@jennaldewan I'm not sure if this woman is my Rainbow or my pot of gold but I'm lucky either way happy birthday cake baby! 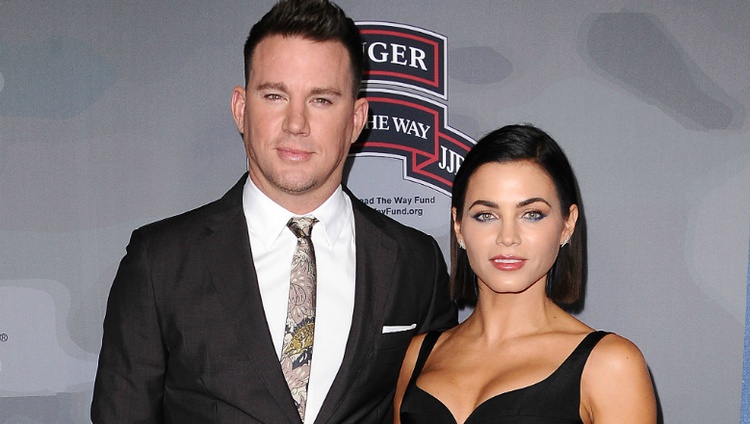