Sources connected to Dre with direct knowledge tell TMZ ... Dre's where he's been since last Monday -- in ICU at Cedars-Sinai Medical Center in L.A. Our sources say doctors continue to do a battery of tests to get to the root problem. Doctors also want him in ICU in case, God forbid, he suffers another aneurysm ... if that happens, time would be of would be of the essence.

We don't know if Dre has gone into surgery, but that's usually the case to stop bleeding.

As for his current state ... the music legend is resting comfortably, and perhaps even more encouraging, our sources say docs have cautiously informed his family that a "bad outcome" doesn't appear to be on the horizon.

TMZ broke the story ... Dre suffered the aneurysm at his Pacific Palisades home Monday and was rushed by ambulance to Cedars.

If things stay that way, Dre is truly lucky -- brain aneurysms result in death around 50% of the time, and for those who survive ... about 2/3 suffer some sort of permanent neurological deficit. 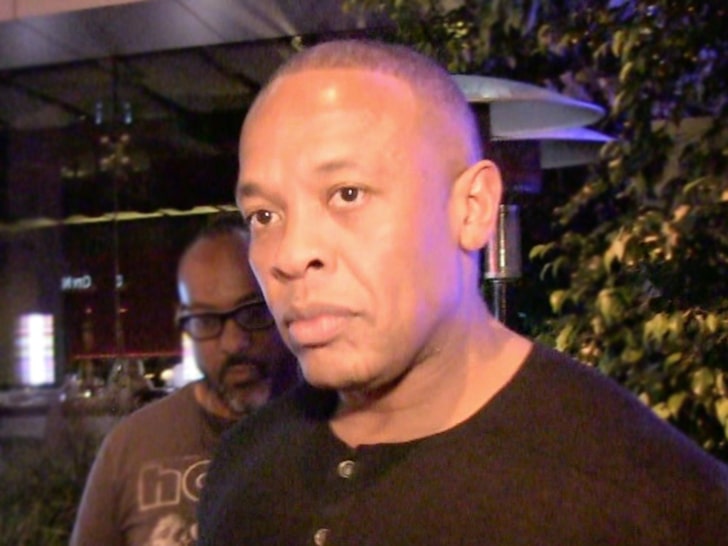